“Well James decided to ring his friend Paul Dolan the winemaker over at Fetzer Winery because he had done everything the vineyard services company had told him to do and the vineyard now had every kind of disease. Paul said, James you’re doin’ this all wrong. You need to be organic. James said, yeah that’s what I need, I need to be organic. Come and teach me.” says Jonah Beer General Manager of Frog’s Leap Winery owned by organic farming hero James Williams, the James of the story.

“So, then Paul says to us. Man I don’t know this stuff, you need to talk to my organic guy.” Says Beer in the kind of laconic, casual style that is the very essence of the ultra cool California dream.

Beer then went on to tell the story of Amigo Bob.

“Now let me tell you a little about Amigo Bob. You wouldn’t miss him in a crowd. I mean he has like hair, kind of dreadlocks pulled back, huge moustache, leather shorts. He lives back up in the hills in a big commune totally self sufficient and green, they maybe grow a cash crop that seems to fulfil there needs. So he comes in and sits down with James, they walk the vineyard and Amigo Bob begins to tell us all about micro-biological communities, cover crops, natural predators, farming with nature not against it. He tells us that we need to be soil farmers, not grape growers. If we are great soil farmers we will be great grape growers.”

“That was it. Of course it turns out Amigo Bob has two PhDs, is a superstar of the scientific circuit on this and that’s it, we never look back.” Says Beer when I met him in Dublin last week.

It is clear that Frogs Leap Winery, owned and run by James Williams, the James of the story above, is absolutely unlike any winery you have encountered.

When I visited Rutherford in Napa Valley, California last autumn and saw Frog’s Leap Winery in the flesh it was also clear that it was unlike any other of its neighbours.

The Rutherford / Oakville region is the most illustrious and sought after part of Napa Valley. Many of the biggest and most world famous fine wine operations are here. Its actually all a bit serious. Mondavi, Opus One the joint Rothschild and Mondavi Winery, Rubicon, Staglin, Beaulieu Vineyard, and of course a host of icon, $2000 a bottle wineries like Screaming Eagle.

The wineries are architectural feasts, the driveways often look like the entrance to Versailles.

In the middle of all this elegance, like an unkempt child of the sixties, is Frogs Leap.

The State Of The Green Arts

“What we are doing with the cover crops is adding nitrogen the natural way. Its real slow, it takes the winter, but it gets there. You see Amigo says if you add nitrogen as a chemical, then its like giving kids cola and sugar. The get a sugar rush, they get the energy, but its quick in and out, they slump fast and want more chocolate, they need more chocolate.” Says Beer.

“It’s the same with plants and vines. They need another bag of nitrogen, and another. They become dependent. The right way, through slowly giving them what they need as nature intended, they take what they need and don’t need to keep coming back.” Says Beer

“You see what you have to understand is that to farm truly organically, in fact fully bio-dynamically as we do, is in the end not just better, but cheaper and easier. You let nature do the work.” Says Beer.

The Frogs Leap Winery was set up in 1981 by John Williams and an medical doctor called Larry Turely. James Williams studied agriculture in Cornell University, before graduating to a Masters in Enology and Viticulture in University College, Davis.

Williams was initially filled with the desire to run his own winery along totally technological grounds.

This however nearly ended in disaster, which is why Williams called his friend Paul Dolan, Head of Fetzer Winery at the time, for help, which lead to Amigo Bob..

So when Amigo Bob, the green guru appeared, Williams was ready to swing behind this rising trend. Amigo Bob is a real person, he now has the most important Green consultancy to Californian agriculture and has advised almost every big name in California wine today.

Frog’s Leap is one of the world leading green advocates in farming today. Every wine is not just organic and biodynamic, carbon and water neutral but ethical.

They believe in terroir fully, their top wine is called Rutherford, not Cabernet, because it is of its place, not just the vine, the people too play their part.

“To us, every worker, every tractor, every animal and the soil is the terroir” Says Beer, “That’s why everything has to be proper, to be honest and right.”

“John just looked around him, and he said to me, we just can’t do this. We are not going to do this” says Beer.

The issue they were discussing was exploitation of migrant Mexican workers who are the backbone of the Californian harvest process, not just in wine but all produce.

Last summer I reported in this column about a young pregnant harvest worker who died in Central Valley, the home of much of California’s big brand, supermarket orientated wine after being refused a water break in the 100 degree sun.

Williams and Frog’s Leap refused to be part of this process.

“We decided that everyone who works for us from then on was going to be a permanent employee, full rights, pensions, the lot. We would find work in the winter for everyone, and you know with cover crops and animals, solar power units, shops sale and tours, we do.” Says Beer.

“I just want to tell you how bad things were with these workers. I took the senior farm hands into the office to tell them that from now on everyone was going to be permanent and that we were going set up benefits plans and pensions, 401k they are called here.” Beer is getting into his stride and is clearly astonished by his next statement.

“So I tell them that, how this works is that a small part of their wages will from now on go into this bank account, this 401K, each month. They all nod. And I tell them that over time this account will grow into a good amount of money, and they all nod. Then one of them says to me, that’s ok, that fine, they understand, and what is that I will do with all this money in the end buy a house or what for myself.” Says Beer “I’m shocked. They think I am telling I am going to cream off money each month into an account for me, for me and they think, alright then. That’s where this is all at.”

“So we run everything, the soil management, the water recycling, our own solar electricity generating operation which we send surplus into the state grid, biodynamic farming, cover crops putting in nitrogen and the way we deal with our employees and each other in a totality. And we try to do it right.” Says Beer.

From a wine point of view it is an impressive endorsement of total good faith business practice because the wines are award winning and of remarkable quality.

The Wines and That Label

The Frog’s Leap winery is best known for its whimsical label and corks that have rib-bit printed on the sides so that when you pull out the cork, I challenge you not to say, rib-bit.

The label is so Iconic that in its first year it won the artist and designer the most prestigious award available in the US and much more importantly was acquired by the Smithsonian Museum for its permanent collection, where it is now on display today.

The Leaping Frog design was made by Charles House, subsequently the designer of the Bonny Doon labels and owner of one of the largest and most successful design companies in California.

Back in 1981, Charles was Chuck and unknown to Williams worked in a petrol station. James Williams had gone up to San Francisco to have a label designed for his first wine. The ad men said for just $10,000 they could have something special done quickly. Williams thanked them for their time and left. A friend told him a designer had done his wedding cards really well and wasn’t dear. Williams called Chuck up, told him he wanted a wine label for Frogs Leap but it could not feature a frog and could not have the colour green in it.

“So James says to Chuck, how much do you think for that. Chuck says, $100 and a case of wine. James says, your our guy.” Says Beer.

“Of course, Chuck comes back with an orange frog, a blue frog and the label we know, in green with a frog. Which James chose.” Says Beer

That was it and now its in the Smithsonian and on every Frog’s Leap bottle.

The Wines Of Frog’s Leap

These are event wines, made for a fine Sunday dinner or a celebration.

This is a rich, mellow Sauvignon Blanc that is astoundingly smooth and golden on the palate, but then slowly feeds in notes of lemon, peanut oil, then flecks of gooseberry and rising clean acidity. It is mouth watering and begs to be matched with asparagus or wilted greens.

The primary fruit almost vibrates on the palate here, there is no oak and no malolactic fermentation here so the heavy vanilla sauce taste of some US Chardonnays gives way to bright young Meursault like minerality, clean crunchy yellow apple and a ouch of just ripe melon. The finish is crisp, but not abrasively so.

One of the best, but expensive. In fact it is a blend of Zinfandel, and Petite Sirah which gives it more complexity than most Zinfandels. It is exuberant wine with a bold, waft of dark jam like fruit on the nose, rich warm chocolate on the palate, but then dense layers of spice, some cinnamon sweetness and a long, surprisingly grippy finish. It cries out for pork or sweeter meat dishes.

This is a world class wine, that will stand any blind test against the top flight of Bordeaux which would be priced at three or four times its already expensive price. It is an event wine in every sense, the minute it emerges from the glass you are hit with a wall of complex flavours, truffle, wet earth, all brown and autumnal, then as you sip it layers of plum, cedar, dark chocolate and leather rise up. The finish last for minutes. It is a field blend of several varieties but mainly Cabernet Sauvignon with a dab of Cabernet Franc, above all it is a product of its soil and its farmers. 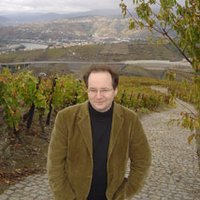 Why Destroy The Mosel Vineyards With Motorway – Click and Find Out